Night is followed by day. There are 365 days and nights in a year, but this rhytm is changing due to the spinning rate of our home planet. Global change is the rule and we need to know much more about the natural variation of the high speed processes of Nature before pretending to have solutions. As all organisms we are adjusting to Nature's rhythmicity. Winter is followed by summer, a dry season by a wet. Cold or too dry or too rainy summers cause lack of harvests, often leading to hungry people, social unrest, uprising, migration, civil wars, and even wars. All this can happen in one year. Nature has daily, monthly and many other rhythms. A farmer is a slave of Nature's rhythmicity and has to work particularly hard in the warm part of the year. But farmers accumulated great knowledge about the vagaries of Nature. Urbanisation means a slavery of the clock instead of the season but in environments less and less natural.

Written messages from people of past generations make up our history and the further back we go, the more exposed our ancestors were to Nature's gallops. Most history books have been authored by people living in major cities who are concerned with wars, emperors, kings, religious leaders, and politicians. Hence, Nature's decisive role in forming our history has not been revealed. This is difficult to comprehend, since natural disasters have taken more lives than all wars. On the other hand it explains why urban populations are taken with complete surprise each time the streets are flooded, a tsunami hits a coast, a few square km of forests are destroyed by fire, a volcano erupts. And citizens do not participate in flu vaccinations, and the law makers do not force them to. As a palaeontologist and geologist I know that nature repeats itself and concludes that also history repeats itself. Hence, the past is the key to the future.

In my world the high speed processes of Nature — asteroid impacts, solar and other space phenomena, volcanic eruptions, tsunamis, epidemics, and all the others in my database are the punctuations of the equilibria, the driving factors of biological evolution. When living and working four years on the slope of an active volcano in Indonesia, the world's biggest geological laboratory, I realized how important the high speed natural processes are in creating history. I decided to test the ecological and socio-economic impact of these processes worldwide during the latest two thousand years by building a database.

After 30 years of work it is now big enough to be eminently useful, but I have turned 79 years old and this makes it improbable that I will be able to continue much longer - reaping the harvest scientifically. The database is already a good instrument for planning, but should be taken over by a company or an institution. My database is unique in containing data from the two worlds, hard data from the sciences and soft data from the humanities.

In my opinion science should be much closer to the public and all decision makers. More governments should take advice from panels of leading scientists in many fields to avoid wasting the taxpayers' money. Governments should be proactive, not reactive when it comes to natural hazards. You can make wiser decisions when knowing when and how situations similar to your own arose and were solved by the 80 generations before the present. This website is a brief presentation of the database for government agencies, institutions and companies who might be interested in purchasing it.

The database has no geographic restrictions. All information in it is from publications or from manuscripts in public archives. About 95% of all entries are provided with reference to author, year of publication and page numbers. The list of references holds more than 215 text pages. The database consists of a strictly chronological list of events starting 1 CE.

Time is the way to describe causality, but subject matter and geographic location are essential in practical work. A click shows the contents of a subregister and origin of its data.

Going into the subregisters in the database, you will find a chronological listing of events in each area. One example is the fire history of Novgorod, which we know much about through the Novgorod Chronicle. 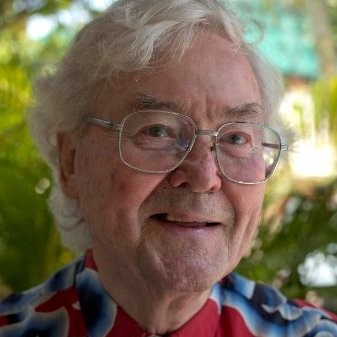 Dr. Laufeld has authored 8 books and more than 220 publications and he has lectured at 33 universities and distinguished societies worldwide. In 1999 the Geological Society of Sweden awarded him with the Urban Hiärne Medal for popularizing Geology. In 2000 he was appointed Geologist of the year in Sweden by the Swedish Association of Professional Scientists.

He was elected fellow of Explorers Club in 1981 and member of the Royal Physiographic Society of Lund, Academy for the Natural Sciences, Medicine and Technology, Class for Geology, Mineralogy and Geography, in 1993.

To get in touch, mail us at
info@naturalhazardsgroup.com.